In the latest issue of the LIGO Magazine I have a short article on my (relatively) recent trip to India to attend the Gravitational Wave Physics & Astronomy Workshop. Below I reproduce (a partially un-edited version of [apologies to the editors for reverting some of their changes here]) the article, with added links!


Family constraints have meant I’ve been off the conference circuit for a bit, so the 3rd Gravitational Wave Physics & Astronomy Workshop (GWPAW, formerly the Gravitational Wave Data Analysis Workshop, GWDAW, which ran on 14 occasions) seemed like a good opportunity to get back into the swing of conference attendance. Plus, its location at the Inter-University Centre for Astronomy & Astrophysics (IUCAA) in Pune, India presented the chance to visit a new country. Due to the location of the meeting, many of the other non-local attendees were able to experience a bit of India, including a group that organised a tour round Mumbai (and subsequent train journey to Pune), a couple who started their trip with a holiday in the backwaters of Kerala, and others visiting family or friends. While it would have been a great opportunity for me to see India, I was unable to bookend my trip with any site-seeing, so my experience of India outside of the confines of IUCAA mainly came from my taxi ride from Mumbai to Pune. The taxi ride itself was an interesting insight into travel in India - the first half of the approximately three and a half hour ride (it’s about a 170km journey) was just in leaving Mumbai, where the roads that are about as chaotic as they come. The system seems to be to spot a gap in the traffic, even if it looks too small for the mode of transport you are in, and then squeeze into it. Astonishingly this method (accompanied by liberal application of the horn) got us through the traffic unscathed. The freeway between Mumbai and Pune is apparently one of the best roads in India, and can supposedly offer great views as you climb up into the rocky hills, but a combination of jet lag and low clouds/smog meant that I couldn’t appreciate the trip/views fully (from the plane on my flight back from Pune to Mumbai I was able to see the views I'd previously missed).

In Pune I stayed at the very pleasant Seasons Apartment Hotel, which as the name suggests offered large apartments with a lounge and kitchenette (and free bottled water, which is a must for travellers there). Not feeling very adventurous on my arrival I just opted for dinner at the hotel, but it was definitely worthwhile as the open air rooftop bar/restaurant offered great views of the city. The hotel was just about within walking distance of IUCAA, where the meeting was held (which I had briefly considered as a travel option), but the organisers had put on a taxi service to and from the hotel every day. On travelling to IUCAA I was thankful for this as negotiating the roads, many of which lacked pavements, may have proved daunting. IUCAA itself is situated on the Pune University campus, but is fairly self-contained with its own “housing colony” for guests, students and postdocs to stay. During the meeting we didn’t have to go far between talks in the Chandrasekhar auditorium, coffee breaks (which consisted of strong black tea really) breaks and meals.

As well as our taxi service the organisers provided breakfast, lunch and dinner within IUCAA under a large marquee. The food was great, although you may have been hard-pressed if you didn’t like curry - not a problem for me though! Some of the dishes were pretty spicy, but I suspect they were they were probably still toned down from their usual standard heat levels. We also had freshly made roti cooked in a tandoor oven by the side of the marquee.

On the first evening we had entertainment put on in the form of a Kathak Dance Recital in the meeting auditorium. The singing and musical accompaniment was mesmerising. Afterwards Sathya presented the dancers and musicians with houseplants, which I can only assume is the standard thank-you gift.

And what about the science? The meeting was weighted towards compact binary coalescences (CBC) and electromagnetic follow-up, but that’s not surprising given that these are the most likely sources of the first advanced detector observations. In fact it was good to have a GWPAW where many of talks were about things that could be done in the near future, rather than having to look ahead decades, further cementing the idea that gravitational wave detections are on the horizon! A couple of standout talks were Parameswaran Ajith's overview of the status and prospects for modelling CBC waveforms and Jocelyn Read’s talk on the potential for measuring neutron star equations of state with advanced detectors. Most sessions had lively discussions following the talks, with one particular participant always ready to provide some vigorous questioning.

The breaks and poster sessions in the grounds of the auditorium (which amongst other things contained a giant sundial and a set of swings connected as a coupled harmonic oscillator) were always buzzing with conversation, which for me yielded a potential future collaboration with an IUCAA postdoc. There were many interesting posters, but I particularly liked a couple: one was Chris Messenger’s describing a method to extract redshift information from neutron star mergers by observing modes of a potentially short-lived post-merger hyper-massive neutron star; and another was Shaon Ghosh’s on electromagnetic follow-up of CBC signals. During the meeting my own poster was upgraded to a talk (due to passport related issues for one of the invited speakers causing him to miss the meeting), so I had to quickly put together my own slides. 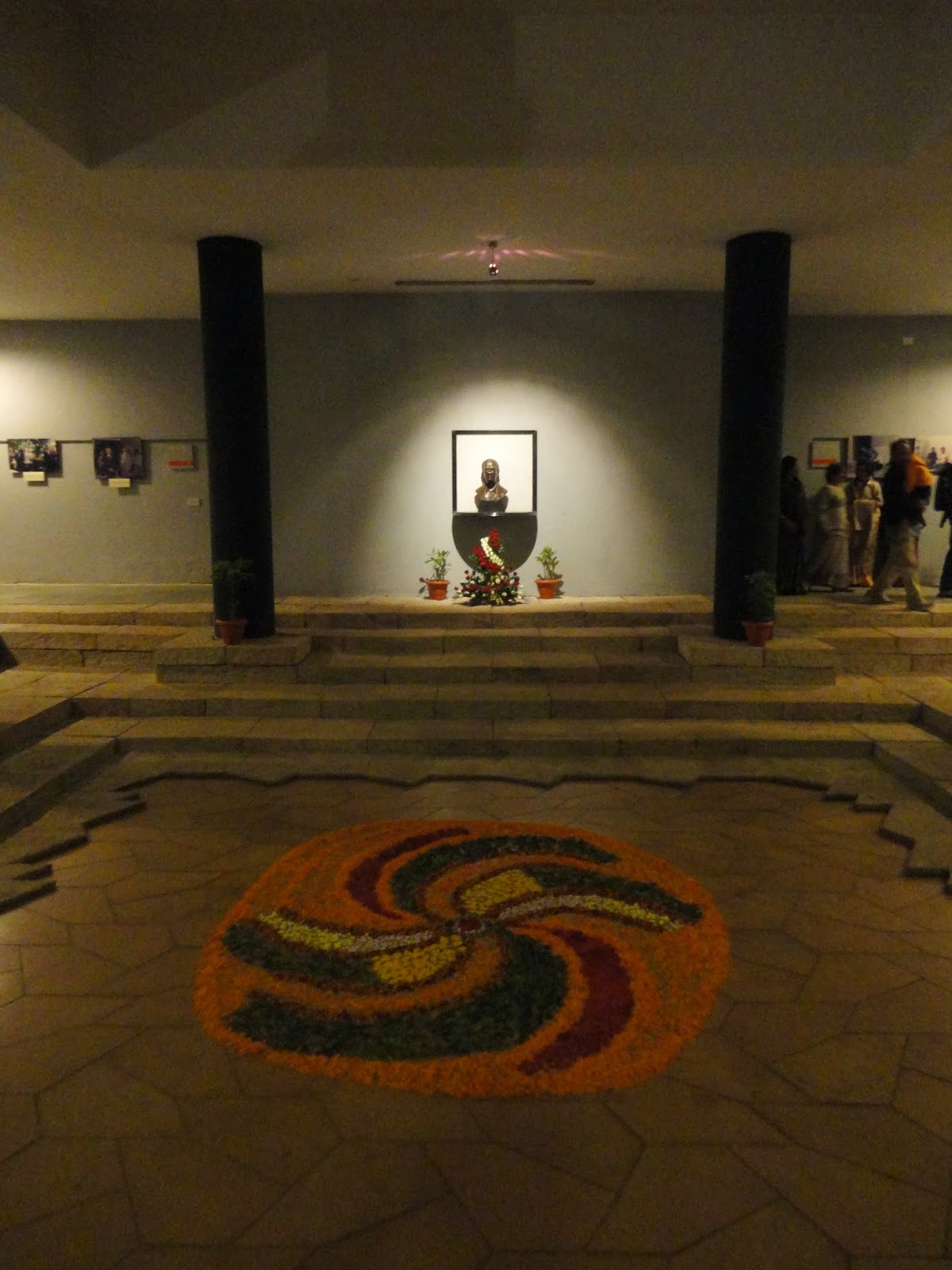 The meeting turned out to be incredibly productive and fascinating, as well as welcoming and well-organised. The organisers and IUCAA staff were really friendly and helpful. It was a great chance for many Indian students and postdocs to attend the meeting and share their work, and for people from the LVC to interact with them. This was particularly useful because the distance means many collaborators in the USA and Europe got to discuss topics in person, and allowed us to develop these relationships in the run-up to LIGO India. This will be good for bringing through new local people into the field in the run up to LIGO India. There was a great deal of enthusiasm from the IUCAA director Ajit Kembhavi to keep up the efforts with the suggestion that IUCAA and other Indian institutions host summer school-type events in the future. The next GWPAW to look forward to will be in Osaka, Japan in June 2015, closely followed by Amaldi in South Korea.

It’s a shame I didn’t get to experience more of the country, but I did I get to discover a taste for the Indian Coca-Cola equivalent, “Thums-Up”, while discussing exciting science halfway around the world.